metaAIR is nanofabricated as a flexible metamaterial optical filter which can be applied to any transparent surface – such as the inner surface of an aircraft’s cockpit windscreen – to control unwanted light sources while not interfering with visibility. The filter deflects harmful laser beams aimed at aircraft windscreens even at high power levels and from wide angles preventing the beam from reaching the inside of the aircraft cockpit. In addition to laser protection at night metaAIR may also feature new types of optical protections such as Ultraviolet ray protection for daytime operation at cruising altitudes, answering a long-established concern for many flight crews.

Laser strikes on commercial aircraft have risen over the years and laser pointers are increasing in power and decreasing in price. Lasers can distract and even harm pilots during critical phases of flight and can cause temporary visual impairment. Over 2000 laser incidents were recorded in the USA in the first four months alone of 2017 according to the Federal Aviation Administration (FAA). In 2015 there were over 10,000 laser incidents reported to the FAA, the UK Civil Aviation Authority and Transport Canada.

Signing the MoU George Palikaras, MTI Founder and CEO said: “Today marks a key milestone for MTI. Satair Group is a global leader in aerospace supply management and known for their innovative products. We are very pleased to have Satair Group as our exclusive distributor for our laser protection products. Through our partnership with Satair Group we will introduce metaAIR to the commercial aviation market in 2018, offering a solution to the increasing threats of laser strikes in global aviation.”

Satair Group’s involvement follows in the footsteps of two previous agreements signed between Airbus and MTI’s Lamda Guard division over the past three years. In 2014 MTI entered Airbus Corporate Innovation’s Start-Up 2 Partner program which aims at building mutually beneficial partnerships with disruptive innovators and start-up companies. While setting the ground for future business arrangements, with the support of the Airbus Aircraft Security team, the program also evaluated, tested and tailored metaAIR for potential application on to its aircraft. Earlier this year, a new agreement for the validation, certification and commercialization of the product was announced.

Satair Group is now moving this relationship to commercialization and will deploy its global presence and extended distribution and parts support services to all commercial aviation market segments with a full metaAIR service offering package.

Signing the agreement Bart Reijnen, CEO of Satair Group added: “We are delighted to pick up the baton for this exciting technology from our colleagues at Airbus Corporate Innovation and Airbus Aircraft Security who have steered it through the verification and testing stage. With our first mover advantage and through our global reach and excellent relationships with operators we will ensure metaAIR gets exposure to all aircraft categories and to airlines, MROs and corporate operators worldwide.”

The metaAIR product will be developed initially for the Airbus A320 family, followed shortly afterwards by all other Airbus and also Boeing types, as well as for other commercial airliners. Satair Group also sees demand for this product coming from business and general aviation and rotary wing customers.

Satair Group provides genuine Airbus Material Support and is the sole Airbus authorised distributor for a wide range of Proprietary Products and Services accessible through the trading partner Airbus SAS. In addition, thecompany provides genuine OEM parts distribution and offers an exhaustive and innovative multi-fleet service portfolio to OEMs and customers. Satair Group is a stand-alone company and 100% Airbus subsidiary.

Metamaterial Technologies Inc. (MTI) is a smart materials and photonics company specialising in metamaterial research, nanofabrication and computational electromagnetics. The company has developed a new class of optical smart materials changing the way we use, interact and benefit from light. MTI is headquartered in Halifax, Nova Scotia and has offices in London, UK and Pleasanton, California To learn more visit www.metamaterial.com. Twitter:@Metamaterialtec 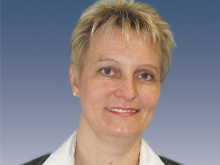 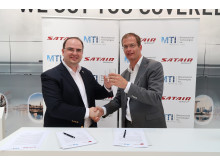