One of the technological buzzes in aerospace at the moment is 3D printing, or Additive Manufacturing to give it its technical title. This is the process of building three-dimensional objects layer by layer from a digital model. The technology has recently emerged from a 20-year development cycle and is starting to pay dividends, both for in-production aircraft and also for the production of certain spare parts.

Recently, Airbus Material and Logistics, which is part of Satair Group used 3D printing to solve a problem for Qantas whose A330 fleet had undergone a cabin retrofit including the removal of the in-flight entertainment processor units – the remote control device - from the seat armrest. Removal of the device meant that a gap appeared in the armrest which needed a blanking plate to cover it.

Tom Shearn, Project Manager at Satair Group takes up the story. “In the past the solution to this problem would have been to produce the part using injection moulding, but the long lead-time to produce the moulding tool not to mention the cost meant that Qantas came to us for a 3D printing solution,” he said.

“After receiving Qantas’ blueprint for a seat armrest blanking plate Airbus Material and Logistics adapted the design for 3D printing, created a prototype plate and within days it was with the customer. As a result, the airline placed an order for more than 500 plates to be produced.”

However, this was not the first use of 3D printing by Satair Group to deliver a replacement part. Earlier this year the first printed spare part made its first flight on a commercially operated Airbus aircraft, an A310 operated by Air Transat. It was a small hard plastic panel which is installed behind the crew seat and prevents the seat belt from slipping behind the seat. Measuring roughly ten by 40 centimetres, this part had been produced by a company which no longer was an approved Airbus supplier and the original moulds for the part had been destroyed.

“We get roughly 100 orders a year for this small panel”, says Dr Mareike Boeger, Head of Additive Manufacturing Solutions for Airbus Material and Logistics in Satair Group, “but we needed to act otherwise we would have run out of stock by the end of the year. Production of a new mould would have been very complex and expensive and we would have had to maintain the tools for decades because we estimate that the A300/A310 family will require spares until about 2050.”

The innovative 3D printed solution was selected, a prototype was produced within five days, and after only a few months certification was obtained.

Both parts for Qantas and Air Transat are the direct results of a team project set up by Satair Group to exploit the benefits of 3D printing as a new technology for the aftermarket business. It sees this technology as offering a new solution for ensuring the availability of spare parts for out of production legacy aircraft, but also active aircraft programmes. Also of course, Satair Group’s efforts are complemented in the wider Airbus business where new aircraft will eventually benefit from the technology, with test parts already installed on the A350XWB.

“Although it is early stages for this technology, 3D printing offers real advantages for certain aircraft parts,” says Mareike, “with shorter lead times, efficient production of small batches, no tooling costs, weight reduction and possible re-design and also improved eco-efficiency. We are now extending our part scope which means we are actively studying solutions to replace parts for both legacy and active aircraft programmes.”

Furthermore, although metal 3D printed parts are not yet certified for use on production and in-service aircraft, metal maintenance tools and ground support equipment for aircraft are now being produced using 3D technology. Qualification and validation for the first of these items is expected well before the end of the year.

A final part of this 3D printing technology effort, says Mareike, is to look to customise parts at customer request rather like was done for Qantas. She adds: “We want to offer value added solutions for our customers and we would very much welcome ideas for projects from our customer community that we can work on together.”

Please feel free to contact your material support and sales director or the 3D printing team at print.a.spare@airbus.com. 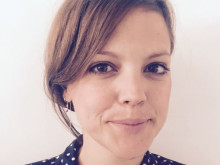